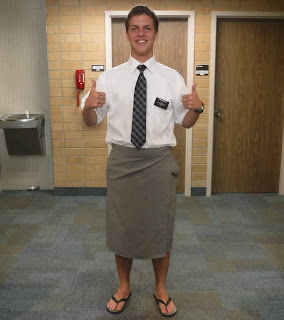 Well, another week down! Luckily this time I LOST a couple pounds. Haha. I figured I should probably actually do something active during Gym time instead of Frisbee and Botchi ball. And it probably also helps that I'm getting pretty sick of the food, so I don't eat as much. Everything is SO unhealthy here. Monday's and Wednesday's are BYU Creamery days, and on Friday's we get Papa John's. And then all the other days are even worse. Haha. I can't wait to get to Fiji where I'll be eating fish caught an hour before, fresh vegetables, exotic fruits, and even the genuine Indian food sounds so good.

Holy cow, a LOT happened this week. I'll try to keep it quick! I feel like I always write too much... Haha.

So last Saturday, we had what was called TRC. We teach two, 25 minute lessons to actual Fijians. I was SOOOO nervous for it all week. But oh man was I wrong to be nervous. It was the funnest thing that's happened to me yet. The first lesson I taught was actually to 2 palagi's [pah-long-ee's], or white guys, who served missions in Fiji. So I literally just talked to them about their missions and then gave a quick 5 minute spiritual thought. One of them was wearing a sulu! (the skirt I'll wear for 2 years) After we were done he gave it to my companion! So obviously I had to try it on. Words cannot describe how excited I am to go to Fiji and wear them all the time!!

This week I also got called to be Zone Leader! That puts me and my companion in charge of all 75 missionaries in our zone! When my Branch President interviewed me for it, he said this, "I take every new calling I get in the Church as a call to repentance. I look at what I need to repent of and change now so that I can serve in my calling the way Christ would." It was a really humbling experience. I know I have SO much to work on. But I'm excited to serve to the best of my ability, and I know the Lord will do the rest!

Oh yeah, also. It's not a huge deal or anything but AN APOSTLE OF THE LORD CAME AND SPOKE TO US!! Elder Dallin H. Oaks of the Quorum of the 12 Apostles spoke to us in our devotional on Tuesday. It was amazing. I took straight 3 pages of notes. It felt like every single thing he said was directed to me personally, which I guess in a way it was. It was so powerful. You could just feel of his testimony and knowledge of the truth of this gospel.

Ok lastly I wanted to end with a cool story I heard. It's called the Lamp Salesman.

"One day I got a knock at the door. It was a lamp salesman. I already had a lamp, but I figured I'd let him in anyways. When he got in he didn't belittle my current lamp, or even really mention it at all. He simply walked in, and asked if he could show me his lamp. I figured, 'Why not?' He placed his lamp down next to mine, and plugged it in. He did not need to say ANY more. I immediately purchased the lamp. For when he plugged in his lamp, its brightness and magnificence was unlike anything I had ever seen."

I cannot wait to get to the beautiful islands of Fiji, and show my lamp to as many people as I can. This gospel is amazing, and brings pure joy and happiness into lives!
Au lomani kemuni! 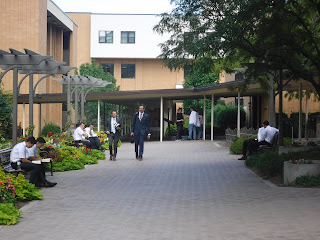 Posted by ElderJaxsonJeremyMiller at 5:24 PM