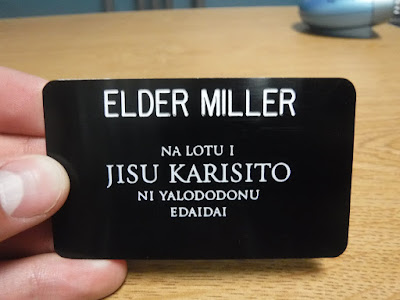 Thank you for tuning in to Fiji Suva Mission FM, this is Elder Miller, your host. There've been a few changes since the last program! So this past week was transfer week, meaning we received a call on Tuesday to find out whether or not either me or my companion would be transferred to another area. And........*drum roll*........... I'm staying! But my companion got transferred out and I got a new companion! I was way sad when we found out that Elder McLean would be leaving me. But way stoked when I found out who would replace him!

My new companion's name is Elder Levasa. We actually are in the same intake, which means that we were in the MTC together and came to Fiji at the same time! I was way excited when I heard we'd serve together! It's not very often that our Mission President puts people that are in the same intake together, so I was surprised. But it's gonna be way fun. His family is from Samoa but he was raised in New Zealand, and then moved to Australia a couple years before he left on his mission. He's 20 years old and is WAYY musical. Amazing at guitar, piano, and singing. He's great!

Because of transfer week this week it has been pretty hectic. We had to travel a long ways to get to the airport and back to our area. But when Elder Levasa and I finally got settled it felt so nice. Our area is one the most "bush" in the whole mission, and Elder Levasa is what you would call a "city Elder". So it has been a huge adjustment for him. Haha. He went from being in the dead center of Suva, the capital city, to having no light, fridge, fans, or warm water. It's been fun helping him adjust. Haha!

As far as the work, it's moving! We have a baptism planned for this Saturday! A 13 year-old girl that is SO ready. It's been just so fun teaching her. She's so smart, and remembers pretty much every little thing we teach her. She's excited to be baptized. We actually had a little scare! So yesterday she came to church kinda sad, and told us that her parents called (who live on a different island while the little girl lives with her grandparents near us) and told her that she'd be moving back to them on this Thursday. So the baptism was cancelled. I was SO disappointed. But then this morning she came running to our house and told us that she called her parents and told them she didn't want to go. So they cancelled that, and the baptism is back on! Isn't she just great?!

For a spiritual thought this week I would just like to emphasize the importance of the Book of Mormon. As the Prophet Joseph Smith said "The Book of Mormon is the most correct of any book on earth, and the keystone of our religion, and a man would get nearer to God by abiding by its precepts, than by any other book." I would just like to testify that it truly is the word of God. Since I've been on my mission, reading the Book of Mormon has become the time I most look forward to in my day. I have grown to LOVE the Book of Mormon. Do you have a firm testimony of it's truth? If not, READ IT and ask God for a testimony! If yes, then READ IT AGAIN because I promise you will learn more each time you read it! It's such an amazing book!

Ok, well thank you so much again for tuning in to ElderMiller.FM! That concludes this week's installation. Until next week, keep on keepin' on!
Au lomani kemuni!

No pictures this week. Jaxson should have a new camera we sent him soon!

Posted by ElderJaxsonJeremyMiller at 11:11 AM No comments: 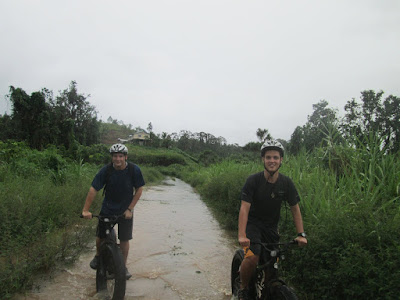 Bula Vinaka!
Well hello everyone! Another week has come and gone. Unfortunately due to a stomach virus, it wasn't a very eventful one. But I'll update you on what I can!

So like I said, this week I got pretty sick. It kinda started on Wednesday, hit me hard on Thursday and Friday, I felt great on Saturday, then all of the sudden came back on Sunday, yesterday. Gosh it's no fun being sick. Even more so as a missionary because you just imagine all the times you were sick back home, with mommy there to take care of you. Thank you momma! Haha. But I'm doing better today! So let's hope I'm back to 100% so I can battle Satan full-time again.

Also, this week has been RAINY. Gosh I feel like I haven't seen the sun in forever. Saturday and Sunday there were actually really strong winds, I think we got hit by a smaller cyclone. As a result, our village ran out of water. Haha. We think the pipe got clogged or something up in the mountains where the village water tank is. So we went without water all day Sunday. There were also tons of mudslides after the rain. One actually blocked the road just past our village, so no buses were able to drive on it. We had to call some missionaries to come pick us up from the other direction just so we could come into Savusavu today. The things we sacrifice to email you! Haha.

On a positive note, we met a new way cool 16 year-old kid! Really promising investigator. He walked with us all the way to the middle of the forest where the old couple lives that just got baptized. We shared the message of the Restoration, and he loved it! He told us he'd come to church, but never ended up showing up. So... we'll work on that. But he's awesome.

This week I've been thinking a lot about the Priesthood and my responsibility as a holder. We have been given the authority to act in God's name and use His power. This is a MASSIVE responsibility. All you Elders and High Priests and even priests or teachers or deacons reading this, USE THE PRIESTHOOD. When used righteously, it can heal the sick, give comfort to those who need comfort, and provide the saving ordinance of the sacrament to willing souls. Never forget the power we hold!

Ok. Well that's all for me. I love you all so much! Thank you so much for writing me and encouraging me! Even if I can't get around to personally responding, know that it is appreciated and that I love you! Well, until next week.... Stay strong!
Au lomani kemuni!

Posted by ElderJaxsonJeremyMiller at 12:48 PM No comments: 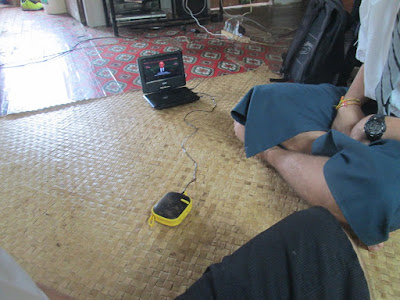 Hello again! Another week has come and gone already! I suffered through a LOT to get here this morning so you better appreciate my email! Haha. Just kidding. But I do kinda want to tell you about the morning I had.

So the village I live in is pretty deep into the jungles of Fiji. So as can be expected, the bus system isn't exactly the most reliable. We take a bus into the city every P-Day morning, which is Monday. The bus usually arrives at the village at 7, so we usually get up at around 5:30 just in case and go wait for it at 6:30. Well, I was a little slow getting up this morning, and by that I mean I got up at 6:20. So I start getting ready and right at 6:30 we hear the bus rolling into the village. We FREAK OUT. I hurry and throw my clothes on and put everything I could see in a bag and book it out to the bus. As we were running to the bus I realized that I didn't have a tie on, but it was too late. There was no time. So we barely make it to the bus as it's driving away. We finally get onto the bus, having made a fool of ourselves of the whole village.

But that's not all! There's more. As can also be expected, the buses aren't exactly the nicest, newest, or best running buses in the world. So here I was, sitting on the 2.5 hour bumpy bus ride trying to fall asleep. Then just as I'm almost out: *CHING CHING CHING CHING*. The bus makes this way loud rattling sound. It starts to slow down and then come to a stop. The bus driver kept trying to shove it into gear but it just wouldn't do anything. Ugggghh. Haha. My companion was a mechanic before the mission so he hops out to see what's wrong. It literally took him no longer than 30 seconds before he looked up at me and said, "Yeah... This bus isn't going ANYWHERE anytime soon." A rock had blown a hole in the transmission, so all of the transmission fluid had leaked out. So my companion and I walked for an hour before some other missionaries were finally able to come pick us up. Haha.

So yeah, that's what I did this morning. Haha. It was fun. But ANYWAYS, it's been a great week! We had Zone Conference on the other side of the island this week, where we all get together and have a training from our Mission President. It was amazing. I always come away from those feeling ready to try to convert anyone in the world. Haha.

Other than that, not super eventful week! A couple random things. For one, the ENTIRE NATION OF FIJI HAS PINK EYE. Gosh, it's ridiculous. They said it happens a lot after a cyclone, some sickness just spreads around. So I've been dealing with that this week. And then we got to watch General Conference! The sent the dvd's here to Fiji so we were able to watch it. It was awesome! Shout-out to Fiji! Haha.

Ok well, I hope all is well! Shoot me an email to say hi! I love you all! That's about all for me! Until next week, keep on keepin' on!
Au lomani kemuni! 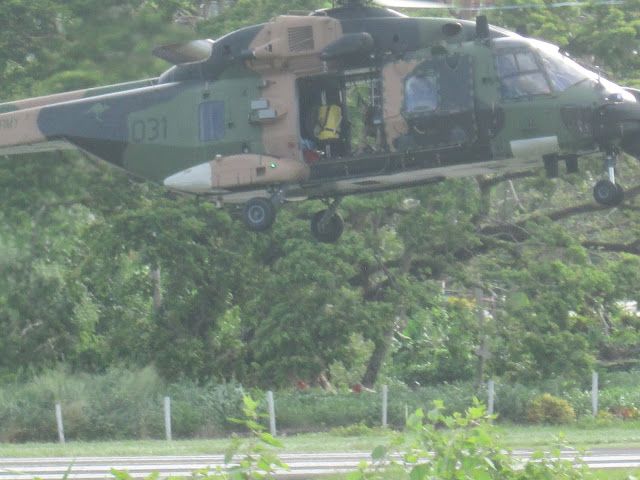 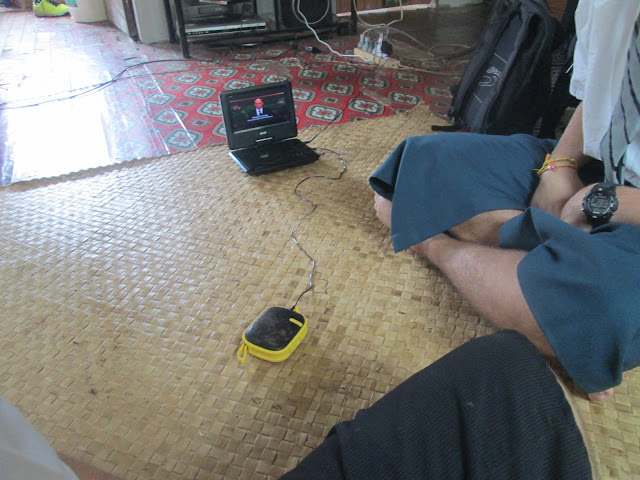 Posted by ElderJaxsonJeremyMiller at 8:45 PM No comments: 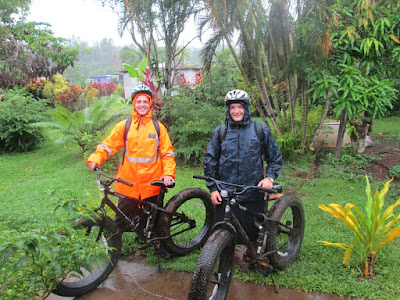 *loading*
Bula Vinaka!
I actually forgot about writing this until the last second so it'll be quick!

It was a great week! Things are starting to really move in our area! It feels great! It really was the closest thing to a normal week as you can get here in Fiji. Just good ol' missionary work. We are working with a 13-year old girl that wants to be baptized! She is way smart, and memorizes like everything we teach her. It's way fun to teach her. We plan to have her baptized by the end of the month!

One crazy thing is that there is an INSANE outbreak of Red Eye here in Fiji. It literally feels like half the nation has it. It's crazy. Luckily I don't. Yet. *knock on wood*

Another random fact: Fiji is due for another cyclone either today or tomorrow. Let's hope and pray it won't be as strong as the last one!

Other than that, all is well in the life of Elder Miller! I know you are all watching General Conference back in the states, but we don't get it for another week! I am so so excited. It's literally like a Missionary's Christmas (minus the skyping home). How blessed we are to hear from living prophets and apostles! Take in their words and make small steps to becoming better! Don't leave conference weekend having wasted 10 hours. Use them!

I love you all! Thanks for checking in on the life of.. Me! I miss you tons. Until next week, keep on keepin' on!
Au lomani kemuni! 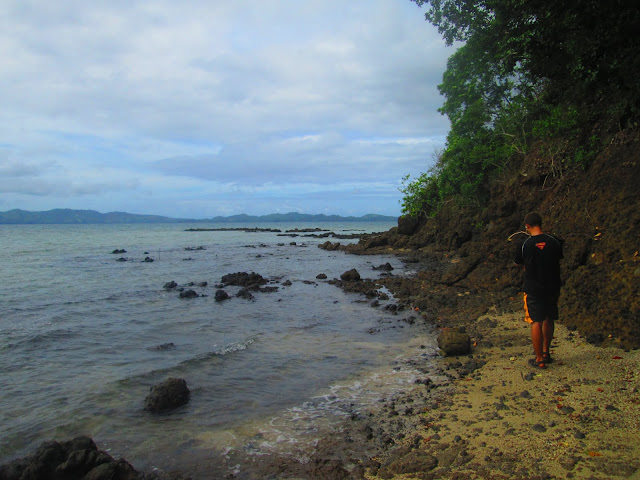 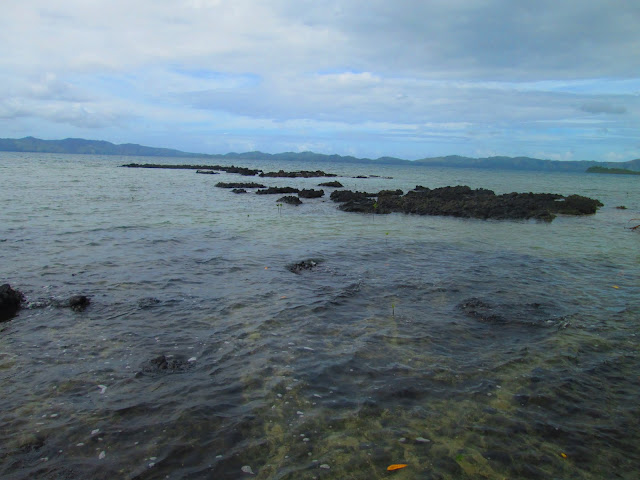 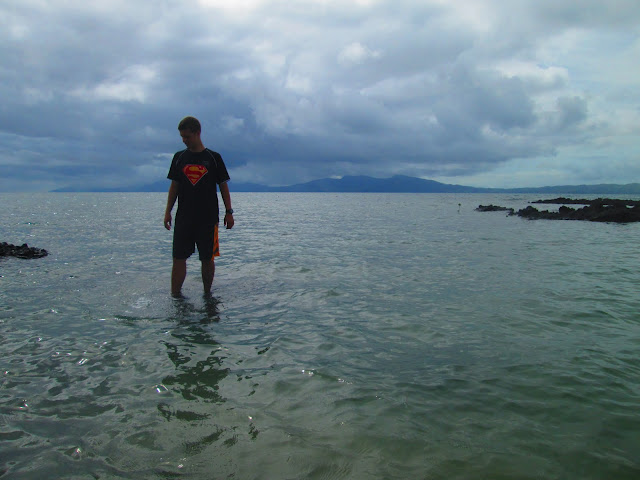 Posted by ElderJaxsonJeremyMiller at 12:49 PM No comments: