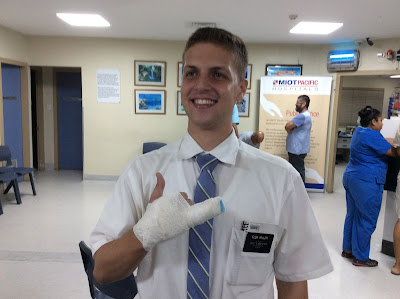 The Work is Poppin'
Bula Vinaka Everyone!
It's been yet another week! I swear time is different in the mission. Somehow time just increases by tenfold. It flies by SO fast. I love the mission!

It was another great week! We had another baptism! His name is Waisale. He was the only one left in his family that wasn't baptized. Now after 1 year they can go in and be sealed as a family! It's so great to work with families. It's such a nice feeling when an entire family comes into the fold. You just know that they have the happiest times ahead! It was a great baptism. We did it on Saturday morning. He is a pretty shy man, so he asked that not very many members come. So it was just us, him and his family, and Bishop. It was great! He was so ready to be baptized. He's a hilarious person. He just cracks jokes all the time. For example, when he came up out of the water, he gave a hug to my companion (who baptized him) and then said "Alright, now let's switch and I'll baptize you." Haha. I love him.

So I had a quick run to the ER this last week. What happened was my companion was getting mugged on the street and I jumped in to defend him..... Just kidding. I wish I had a cool story to tell. But no. What actually happened was I fell down some stairs. Haha. A little embarrassing. It was dark out, and they were pretty steep cement stairs outside someone's house. Apparently my pinky finger took the blunt of my fall because it definitely looked like it snapped in half. So... Yeah. That was an interesting experience. Luckily it was just right at one of the joints so it was just a dislocation. A very intense dislocation if I say so myself. Haha. But it's doing fine now!

This week, I've been thinking a lot about Patriarchal Blessings, odd enough. They're so amazing! I read a cool article about studying them. If you haven't done this yet, try it! You go through your blessing, highlighting different colors according to these categories: Your lineage, personal counsel, admonitions, gifts and talents, and promised blessings. It's really cool to study it that way! Oh, and if you haven't gotten one yet... Pray about it! They're a blessing to have. A road map to our life. How blessed we are today to have the priesthood!

Well, that's about it for today! Thanks for following my emails! I love you all! Until next week, keep on keepin' on!
Au lomani kemuni!

-Elder Jaxson Jeremy Miller
(Elder Miller's SD card has a virus. Clearing that up before he downloads pictures of his week and baptism.) 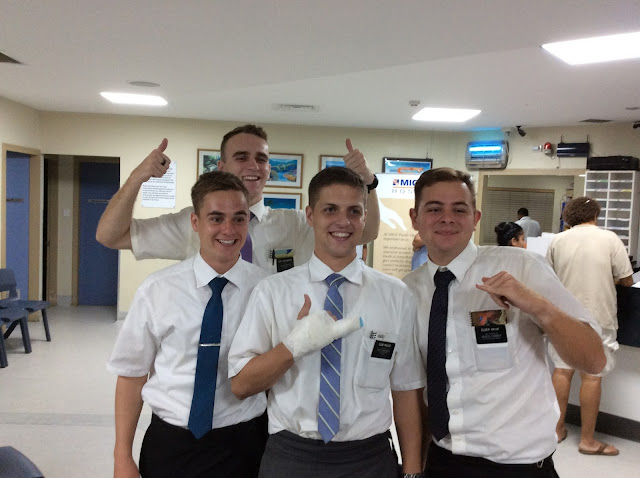 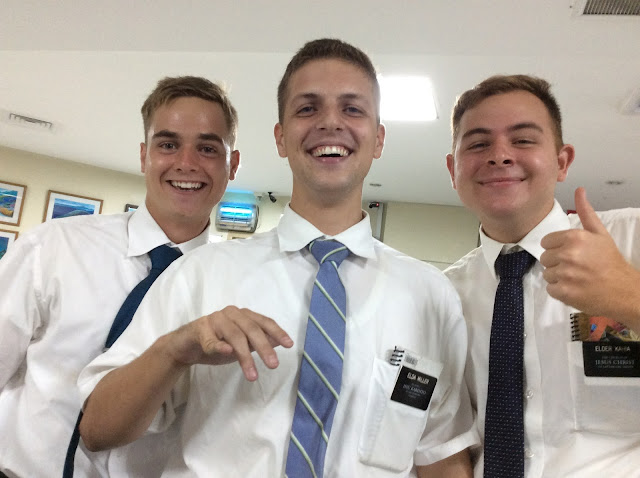 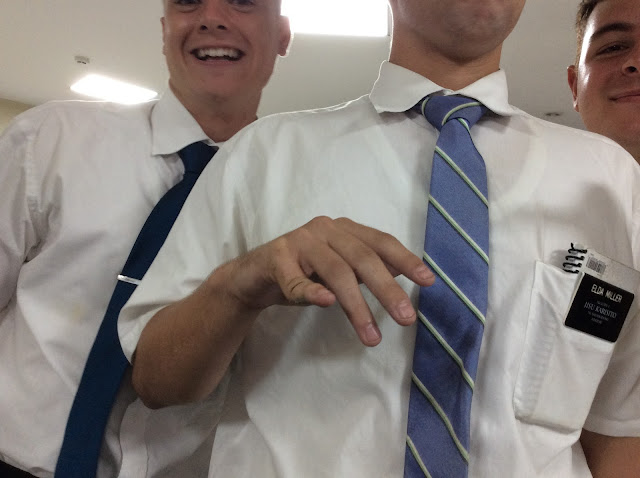 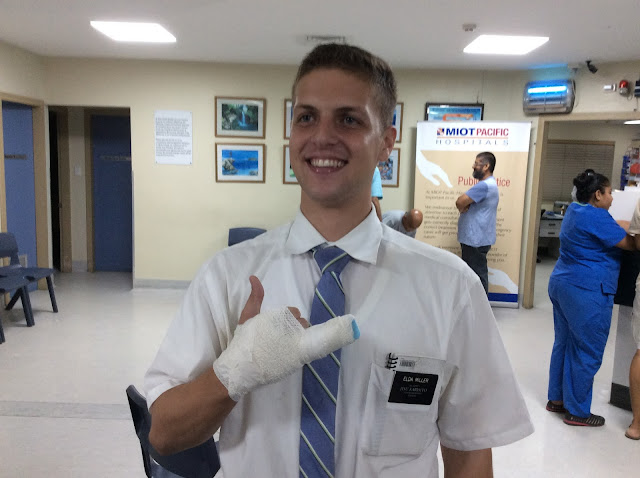 Posted by ElderJaxsonJeremyMiller at 1:49 PM